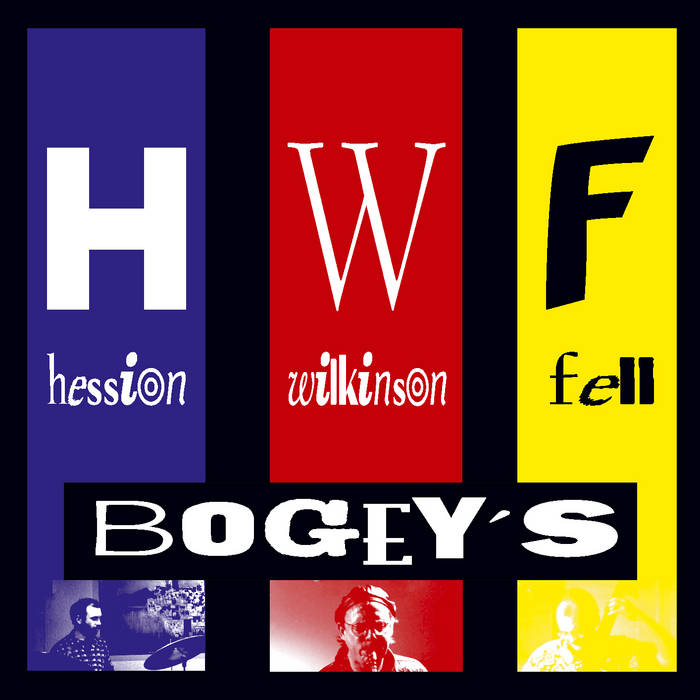 The recording that launched this trio with a bang. Strong, hard, inventive & witty.

"They left the audience in a state of shock. Whiteheat improvisation, full throttle free jazz out of Archie Shepp 1969, but somehow more so: more venom, more noise, more discord, more evil heat . . . . . simultaneous musicality and cathartic excess . . . . . we are talking the essence of what makes jazz great here."
Ben Watson THE WIRE

"Thrillingly intense recording by the inflammatory trio, a band that outdoes the old Brötzmann groups for sheer firepower. An outstanding record that demands a place in any comprehensive collection."
THE PENGUIN GUIDE TO JAZZ ON CD, LP & CASSETTE

"Back in 1991, Hession/Wilkinson/Fell played music of such rolling majesty and power that only national stereotypes (Americans play Free Jazz, Europeans play Improv) explain why the trio wasn't hailed by the press everywhere. Paul Hession's waves of cymbals and drums still sound deliriously beautiful, like some natural force. Alan Wilkinson's donkey-bray baritone and lyrical alto rev like a Harley-Davidson, and Simon Fell's bass stokes the fire with exceptional understanding of climactic modulation. Apologists for the uneven blow-outs currently promoted as Ecstatic Jazz in the States say that music as finely-wrought as the late Coltrane isn't possible for lesser mortals. Check this out and explode a few prejudices. B:1*"
Ben Watson HIFI NEWS & RECORD REVIEW

"How to say it - there is so little that can compare to this. This trio, on this night in 1991, showed up for a regular gig in the tiny town of Huddersfield, and proceeded to burn the place down with their music. From the opening moments when Wilkinson and Fell crank through a modal elegiac series of motifs before allowing Hession to up the ante and take the sound to the margin and over, there is no doubt about the singular quality of the communication here. Wilkinson in particular is simply at the top of his form, long, fluid legato lines that turn in on themselves and create a fire in Fell that we have seldom heard in recordings. His pizzicato work is driven with a dervish-like intensity that moves through scalar variations on Eastern modal tonalities as Hession moves into overdrive in providing a driving, dancing, whirling support. This was a set that probably left everybody in the audience and on the stand breathless and wondering what transpired; it certainly happens on the disc. This set is truly unbelievable and truly indispensable."
Thom Jurek ALL MUSIC GUIDE

to see full press quotes/reviews for this album, visit www.brucesfingers.co.uk/catalogue/bf31reviews.html