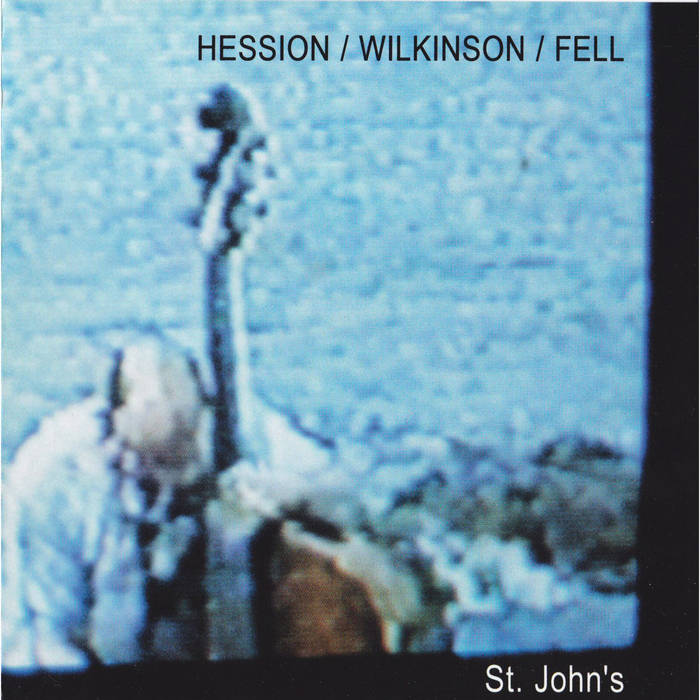 Features concert recordings from Canada made in 1994, and sounds (perhaps) most like a live version of foom! foom!. Not so wild as The Horrors of Darmstadt perhaps, but from a technical standpoint it's a considerably better recording!

"Paul Hession, Simon Fell and Alan Wilkinson have been playing and recording some of Britain's most challenging and intriguing improvised new music for the last 20 years on. A continuing run of releases on the Bruce's Fingers label has been one of the great basement joys for free music cognoscenti. This CD is not so much the raw and angular thought-drive that these men seem to be regarded for (though those merits are certainly contained here) but a sublime and complex traveller's digest into sophisticated and radical form and flow. This is beautiful music for lovers and fighters both." Thurston Moore FORCED EXPOSURE

"The English trio of Paul Hession, Alan Wilkinson and Simon Fell are carriers of the free jazz flame, and they have spent many years making a horrible racket and not giving a damn. As performance art, this gig was quite entertaining, thanks mainly to Fell's hilarious grappling with his double bass. He played his instrument as if he was in some way trying to revenge himself upon it, attacking the strings with drum sticks while his bandmates kept straight faces and got on with the serious business of making the aforementioned racket. Wilkinson's saxophone reeked of sulphuric selfdisgust. On separate occasions he produced creditable impressions of babies screaming and witches being burned at the stake. Meanwhile, Hession played a continuous drumroll around his kit, rumbling away ostentatiously and firing off rapid rim shots that could have been played on human skulls. Throughout, it was unclear whether the musicians were striving for a collective goal or just trying to outdo each other in being acutely unlistenable." James Griffiths THE GUARDIAN

"Superb, incandescent free-improv ensemble - cutting edge, and then some." THE GUARDIAN

"The leading free improvisation trio in the country. St John’s captures not only the intensity and power of the group but also their melodic inventiveness and interplay. This is a great opportunity to catch this country’s finest free improv trio and experience their truly exhilarating musical creations." Rich Arthurs METRO UK

"The jazz tradition is felt directly in the trio of Hession, Wilkinson and Fell, a long-standing group that plays with great drive and emotional expression." Stuart Broomer CODA

"Hession/Wilkinson/Fell lived up to their reputation. Wilkinson's baritone sax was ripe with muscular themes, working up into wails that spilled over into his ecstatic vocals; his alto work produced both long, filigree phrases and the uninhibited simplicity of a rhino's bellow. Hession oversaw his fluid, tumbling drums with the calm assurance of an expert platespinner, whilst Fell threw himself onto the neck of his double bass, virtually dangling from it as he reached for ever-higher notes, or deftly played with one bow on either side of the instrument's bridge. An unforgettable end to the festival, their set ripped through any barriers between the cerebral and the visceral with the joyous energy of an arsenal of anniversary fireworks." Abi Bliss THE WIRE