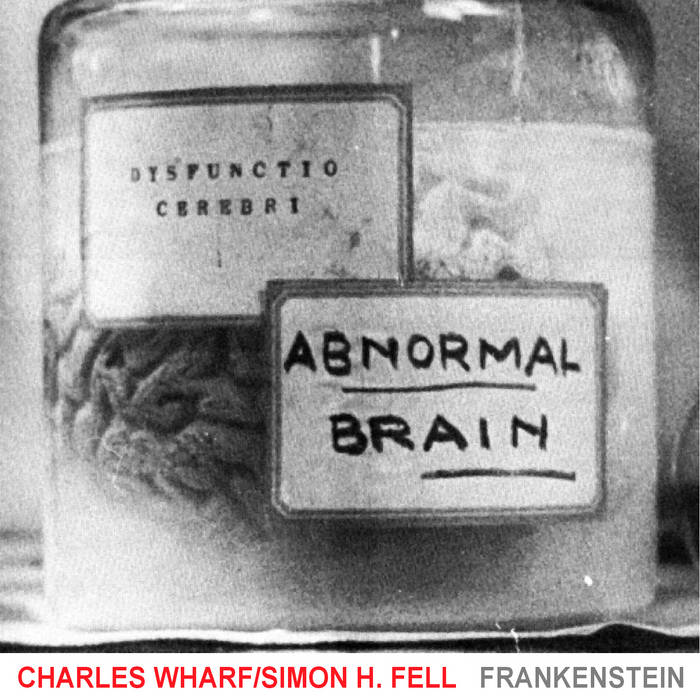 "Completely bonkers. From the very appealing outside of this release, one would take it for an ordinary duet album by two of the London scene's more adventurous players - and how wrong one would be. Only the track titles give away the fact that something quite genuinely demented is going on within. The disc's 32 tracks are formed by collaging together a variety of solo and duet performances which form the basic material and are rarely heard by themselves, producing instead often densely layered virtual jam sessions. A helpful diagram is enclosed which, to take a typical example, indicates that the first track is the middle section of a duet improvisation, overlaid with samples from the other sections played ad lib on keyboards. This is itself then sampled and forms part of the next piece, along with a performance of Bach's Partita No. 2 sampled from the third track. The album as a whole is structured like an elaborate knot, recursively sampling itself until it is impossible to tell "live" performances from electronic manipulations. Because of its quick-change format, there are plenty of stand-out moments here, although the one which grabs you on first listen is probably Fell's iconoclastic reading of a jazz standard, Here's that Rainy Day, on distorted bass guitar, an instrument which he clearly knows his way around. This is a format which suits Wharf too he creates intelligent textural music as evidenced on the outstanding second version of Crammed with Distressing Brain. This record has a distinct whiff of Zorn about it, in the brevity of each piece and in its use of so unconventional a compositional approach. Like Zorn, Fell is one of the most interesting and consistently successful composers working with improvisers today, and doing the composition after the improvisation is finished is a nice twist which works. He's also a formidable bass player, and anything which he releases is always worth a look. This one happens to be exceptionally good." Richard Cochrane RESONANCE

"The composer-bassist duets with his favourite multi-reedist, forcing their playing through a mind-boggling system of samples, electronic retrogrades, time-lapse playbacks and ambient mise-en-scène. Reworkings of Grachan Moncur III's Frankenstein and Fell's own Crammed With Distressing Brain render sonorities and transitions that surprise on each listen. The hovering, speculative intelligence of the pacing recalls 1950s Darmstadt, but it's done with skronk guitar and improv screeches. Frankenstein attains the extremes post-rock craves but rarely has the note palette to deliver. Relief patches of straight bass clarinet and double bass draw blood from the fold-in mania. Gleefully improvising with the output of their hardware, Wharf and Fell make a living, lurching monster out of technologies designed to pin sound to the table. Electrify your brain pan! A:1" Ben Watson HIFI NEWS & RECORD REVIEW

"Highly intriguing - of Fell's recent works this is recommended highly. Fell makes cut-ups of Charles Wharf's saxophone playing and mixes it with foreign elements, his own playing on keyboards and bass guitar, and layers of sound effects. The CD traces an eccentric and quirky movement through a suite of ideas, handled with mastery and the kind of exquisite miniaturist detail we're coming to expect from this man Fell." Ed Pinsent THE SOUND PROJECTOR

"Call it a Requiem for the Twentieth Century, or Music to Decapitate By, this duo of Charles Wharf (clarinet, bass clarinet, soprano and tenor saxophones, and keyboards) and Simon H. Fell (keyboards, bass, bass guitar, and electronics) should clear the cockroaches from your cupboards if it doesn't first frighten away your roommates or spouse. Actually, what distinguishes it is its remarkable ability to remain utterly and originally musical while it disturbs. Wharf's piercing clarinets mixed with warped electronics are perversely appealing, and the group's takes on Here's That Rainy Day, Grachan Moncur III's Frankenstein, and Bach's Sarabande (Partita No. 2) are stunning, even if completely deconstructive. Well planned, meticulously crafted, and fascinating, this recording is filled with numerous delights. Plus, if you've ever needed evidence that Simon Fell's brain is on fire, this may do the trick." Steven A Loewy ALL MUSIC GUIDE

to see full press reviews for this album, visit www.brucesfingers.co.uk/catalogue/bf25reviews.html