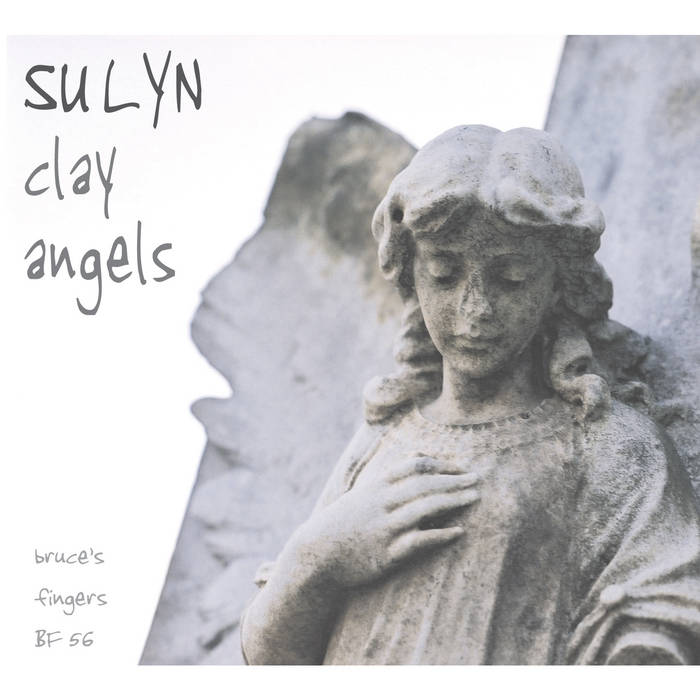 Su Lyn's third album of songs for Bruce's Fingers, and without doubt the best instalment yet; co-arranged and produced by Simon Fell. Mysterious, haunting & evocative.

"I've no idea what it is that grabbed me about this album. Perhaps it's the picture of a sad clay angel on the cover. Maybe it was the change of the seasons, from summer to the lovely [but also dreadful] fall that made me examine the album up close. Recorded over a six year span, Su Lyn's third release for Bruce's Fingers label is a project that seems to be wrapped up in mystery. Not having the chance to hear her first two releases, I find myself asking, who is this Su Lyn? Where did she come from and where is she going? For starters, Su has a voice of a tired traveler. It's wilting and descends as the mood calls for. Contagious and addictive, her vocal chords are the centre piece of the record. Remember, these are sad songs - songs of loss, pain and the weather - so having a voice that can express the various states of life in a fashion that will make you actually feel something real is crucial. When she intones "Why did you do this to me?" on Thunder, you feel a great emotional force in her voice and really feel what she sings at that particular moment. Another high point is Simon H. Fell's swooning bass playing. His arco passages are gentle, though they tend to express a darker, rumbling side as well. His finger picking is appropriately suited to Lyn's voice. Funny thing is you'll want to throw this record into the jazz pile, while it suits the folk genre equally well. At the end of the record, I'm nowhere close to the truth other than to say quite simply that Clay Angels is the epitome of fall." Tom Sekowski GAZ-ETA

"Halfway between techno and experimental music, the CD presents an aesthetic jigsaw puzzle where acoustic instruments, drum-machines and modular synthesis provide a rhythmic and ambience umbrella beneath which songs are unravelled by the voice, its lyrics moving from a detached abstract poetry stance to more conventional narratives." MODISTI

"A peculiar record produced by Simon H. Fell, Clay Angels is a collection of lunatic songs by vocalist Lyn, moving along coordinates which I have not been able to link to much else. Every once in a while, the music opens up to "regular" chords and progressions, yet most tracks are based on scarce dissonant strokes, preferably from samplers or keyboards played by the author and Fell. Stuart Braybrooke on drums and Roger Chatterton programming rhythms complete the lineup of this atypical - even for Touching Extremes' standards - record, made of recollections, whispers and interesting melodies but also of strange fastidious arrangements." Massimo Ricci TOUCHING EXTREMES

"Su Lyn has an attractive and soft female speaking voice, lightly inflected with a British accent, and a nice alto singing voice reminiscent of Nora Jones. On Clay Angels she and her trio wraps that voice in with some whacked and minimalist electronics. On Dreamtime the acoustic bass work with percussion at the start has a little of the feel of a latter day Peggy Lee. Interesting music here." Philip McNally CADENCE

"This is an album like I have never listened before. The music here is in the form of improvised compositions but with many elements that give coherence to them. And the main element that gives cohesion to the music here is Su Lyn's voice, a voice that is deep and melodic but that goes for the unknown melody for the original vocal line. Tracks like I Feel Alchemy reminded me of a sort of more experimental Dead Can Dance with sort of some eastern sounding vocals wrapped up in darkness. Keyboards played by Su Lyn and Simon H. Fell give the main atmosphere here over which the vocal lines are developed (as happens in Thunder). And another essential element is the percussion that despite being programmed gives a different feeling to each of the compositions here. And the bass does some rhythmic arrangements, such as the one in Let's Get in Our Car, that sometimes turn into a strong idea that drives the tune. This is a release full of explorations within songs context done with killer musicianship." MUSIC EXTREME