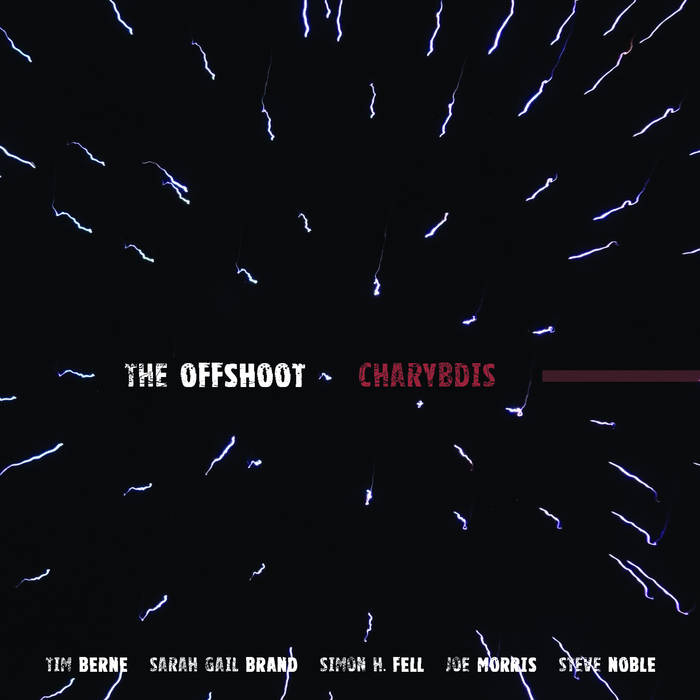 John Cratchley A storming set from the Vortex in 2007...Tim Berne is one of my "big five"...a prodigious improviser and composer but also a wonderful 'team player' in improv settings,I think.
The company he keeps here is pretty amazing too...a special trans-Atlantic crossing indeed with Joe Morris also involved.This set comes to the boil beautifully and eloquently defines the common ground shared by this disparate,ad-hoc group of musicians: coming together,taking risks and sharing their vulnerability in an open and free setting.

Ulrich Jonas Joe Morris and Tim Berne were invited to play with Simon H.Fell in Huddersfield in 2007 (see "Positions & Descriptions" Bruce's Fingers 230). Some days before they had a all-improvised session in The Vortex

Tim & Joe were in Europe to perform in Simon's 'Positions & Descriptions' project [ brucesfingers.bandcamp.com/album/positions-descriptions ]; but before they started work on that, they managed to squeeze in a couple of improvised gigs with Gail & Steve. Here's the second set from The Vortex, London, on 22nd November 2007.

“As you can tell, The Offshoot is something of a free jazz “supergroup”, so I was understandably excited to delve into the recording and see what this particular configuration of players had to offer. The two pieces here are completely improvised, but there is an inherent logic, a tendency to glide between voices and modes with relative ease; it all fits together in a way that, at first, looks haphazard, but eventually reveals itself to have an internal structure not dissimilar to an old-fashioned clock - tiny components all working together to execute a single function. The first piece, Usclatx, opens in a somewhat meandering fashion, with Tim Berne acting as the “primary mover,” so to speak. He weaves his complex alto lines through the piece, providing the serpentine needlework that gives it its initial shape. Within a few minutes, the other players pick up the pace, particularly Morris, Fell, and Noble. For anyone who has heard Morris in an improvisational setting, his playing here won’t come as a huge shock: clean, pointillistic scales that sound like tightly-wound balls of string coming undone. After brief solos by Berne and Morris, the piece moves into more amorphous territory - Brand provides brassy bursts that drip like molten wax, Morris offers distorted rumbles, and Berne toys with the altissimo register. Noble is constrained, sweeping the cymbals and supplying textures that rattle patiently beneath the abstract wanderings of the other players. In many ways, Usclatx swells and recedes in a distinctly wave-like fashion: Noble’s percussion rumbles, then pounds, Fell unexpectedly goes into runs on his double bass, the volume increases, the tempo picks up - and then it all recedes again. These oceanic pulses give the piece a feeling of animation, like an organic mass that expands and contracts with each breath. Blubberhouses starts off with roiling perturbations from all the players, Berne again going on convoluted runs, Morris racing alongside him, and Noble laying out sibilant billows with the cymbals. After five minutes or so, most of the players withdraw, and Noble takes some time to play with all of the percussive tools at his disposal. As he establishes an atmosphere of tense expectation, the others contribute with near-imperceptible splashes of sound that gradually pool together. As in the previous piece, the tempo starts to escalate, and the players go from producing sparse droplets to unleashing veritable cascades of sound. Soon, the cascades diminish, the trickle stops, and the piece comes to a close. In my opinion, this performance by The Offshoot was an incredibly fruitful one, and the recording produced is a fine example of what five musicians can accomplish in an improvisational setting - while the players all work together in a unified fashion, they never lose their idiosyncratic voices, and that is one of the most recognize hallmarks of a free-jazz session gone right.” [Derek Stone THE FREE JAZZ COLLECTIVE]