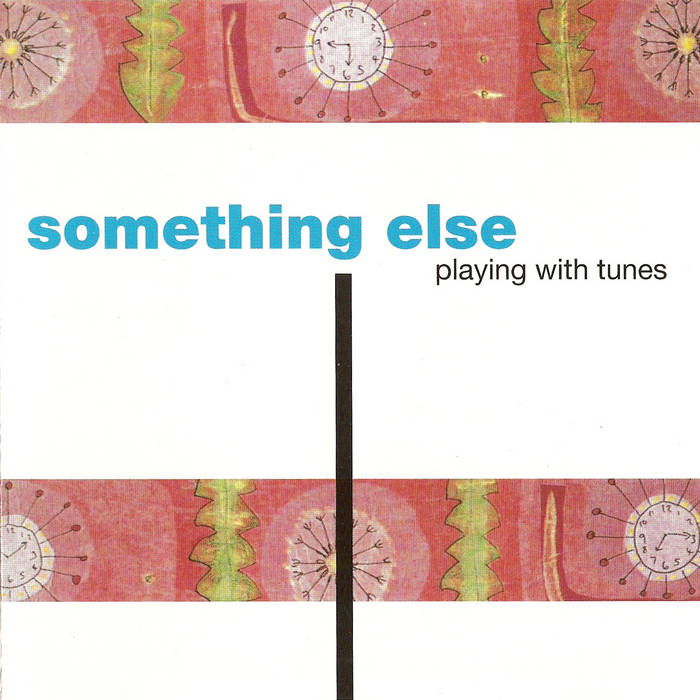 Ulrich Jonas I bought this music as a cd some years ago. It's good to listen to this again. Listen to Mick Beck!

"The title is apt, because something is always bubbling under the surface: twisting structure and abstraction. The music actually swings gloriously hard in places. The hardest swinging band in improv."
Mark Greenaway RUBBERNECK

"An impressive range of moods and timbres, from spirals of bop melody to fast and bulbous blasts of abstract anguish, intensified by Fell's gargantuan basslines."
Chris Blackford THE WIRE

"The second document of this stunning British trio. An album of beneficent elasticity, privileged in its power to excite euphoria in yours truly. Why not join me in the experience?"
Gustave Cerutti IMPROJAZZ

"There's an exceptional level of communication between the musicians here. When the group is in full flight the flux of energy is incredible."
Francesco Martinelli IMPROJAZZ

"Something Else is a very strong free Jazz trio, three individually powerful players who together can swing with a rare ferocity. Beck is the kind of big-toned, roaring tenorist who might carry most bands in his wake, but Fell and Hession establish themselves as equals, throwing off truckloads of seething energy and manic invention. There's plenty of inspired anarchy here, from a group that's as witty as it is intense and exploratory. Recommended."
Stuart Broomer CADENCE

"This live compilation proves that Something Else is a trio capable of creating improvisations of immense breadth and intensity. The rapport between drummer Paul Hession and bassist Simon H. Fell is one of rarely equalled symmetry, as if each performance is an improvisational trust exercise. Together, these two create a whirlwind of activity and constantly shifting surfaces, capable of sustaining a pulse or reinventing an alternative on the fly. Hession is one of those rare drummers who can sound like a busy bowling alley in one second, and then offer a few bars of swinging soup-stirring around the next corner. Fell makes his presence felt with a tireless supply of thick walking notes or snickering arco. Physically out in front, tenor saxophonist Mick Beck is forced to reckon with what is coming his way, an event akin to attempting to canoe in white-capped water. Fortunately, Beck’s buoyant range and quick wits allow him to emerge unscathed as volcanic eruptions and shrill honks send jagged ripples from within the bell of his tenor. Elsewhere, Beck belies critics of energy music and proves to be a gifted interpreter of swinging chord changes. The trio was wise to separate the longer improvisations with field recordings of the Bells of St. Saens, the ships of Newfoundland and the fiestas of Andalucia. These interludes serve as a brief intermission from their exhausting onslaught, while simultaneously sending a reminder to the listener that music is all around us, and is not necessarily tempered."
Jon Morgan MUSICWORKS

"Deliciously subversive and exquisitely conceived, this trio of Simon Fell on bass, Mick Beck on tenor saxophone, and Paul Hession on drums spurts, sputters, and rocks with unmitigated zeal . . . some amazing free improvisation, remarkable as much for its diversity as for its virtuosity and occasional humor. These fellows can swing now and then, and harbor sophisticated notions of abstraction, too, but Beck is most comfortable when launching his frequent tirades of blistering sound. The Ayler influence emerges but Beck also sports his own subtle voice. Fell is a percussive player, who barely masks a more sensitive side, while Hession can blow the house with power, or alternatively turn down the juice, if necessary. As a group, they mesh."
Steven A Loewy ALL MUSIC GUIDE